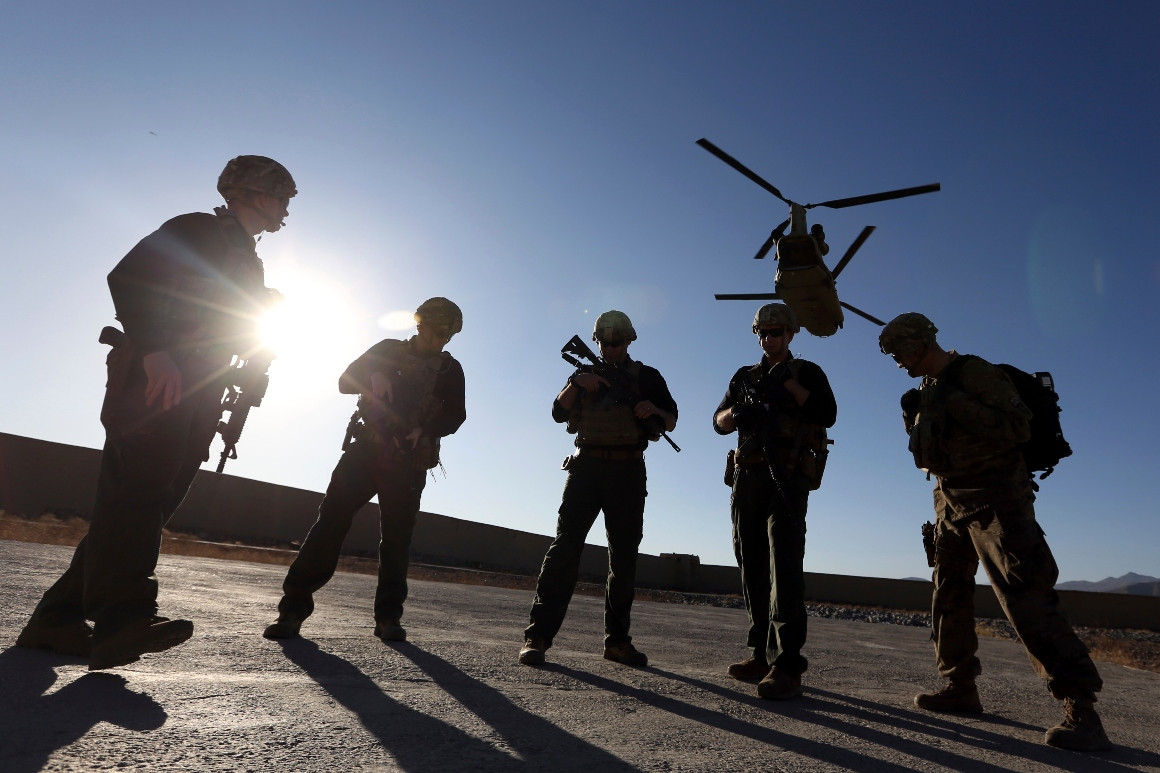 The new order would roughly halve the number of American troops in the country again.

As published by Politico by Lara Seligman

The White House has told the Pentagon to begin planning to bring the troop levels in Afghanistan and Iraq down to 2,500 each by Jan. 15, just days before President Donald Trump leaves office, according to a defense official.

The news comes one week after Trump fired Defense Secretary Mark Esper in part for pushing back on Trump’s efforts to accelerate the Afghanistan drawdown against the advice of military commanders, POLITICO reported, setting off a purge of top Pentagon officials last week.

The Pentagon’s new leaders, including acting Defense Secretary Christopher Miller, who most recently served as the director of the National Counterterrorism Center, are seen as less resistant to the acceleration. Miller on Wednesday brought on retired Army Col. Douglas Macgregor, an outspoken critic of the war in Afghanistan, as a senior adviser.

News of the Pentagon order was first reported by CNN.

The military is in the midst of drawing down from roughly 8,600 to 4,500 troops in Afghanistan under the terms of a peace agreement with the Taliban announced in February. The new order would roughly halve the number of American troops in the country again, to 2,500 ahead of the full withdrawal planned by May 2021 in exchange for a set of guarantees from the Taliban.

The latest news in defense policy and politics.SIGN UP

National security adviser Robert O’Brien previewed the accelerated drawdown last month, telling POLITICO that the Pentagon was “executing” a “conditions-based” plan to go down to 2,500 in early 2021. At the time, Joint Chiefs Chairman Gen. Mark Milley told NPR that O’Brien and others were getting ahead of themselves by discussing any drop beyond the 4,500.

“I think that Robert O’Brien or anyone else can speculate as they see fit. I’m not going to engage in speculation,” about the timeline for withdrawal, which he said must be based on security conditions and not deadlines.

Mick Mulroy, a former deputy assistant secretary of defense under Trump, warned against a precipitous withdrawal from Afghanistan and urged the administration to leave a “residual force” in the country.

“We should not rely on any assurances of the Taliban, we should rely on the U.S. military and the CIA,” Mulroy said.

The Trump administration has not given a specific timeline for when the roughly 3,000 troops in Iraq will come home, but Trump vowed in August during a meeting with the country’s prime minister, Mustafa al-Kadhimi, in the Oval Office that “We’ll be leaving shortly.”