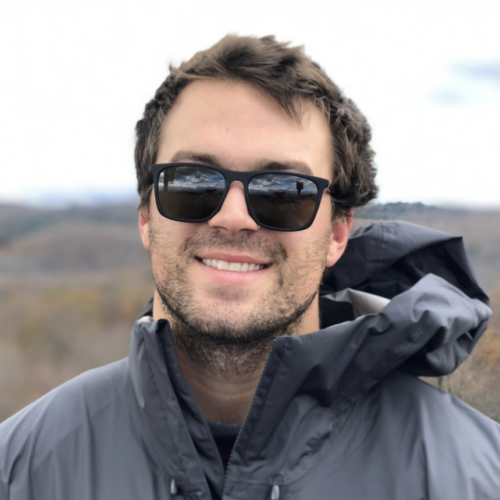 Toby is a a graduate from the Middlebury Institute of International Studies, where he received a Masters in Nonproliferation and Terrorism Studies with a specialization in Financial Crime Management.

Professionally, he has help multiple positions at the intersection of technology and security. These include working in threat analysis for the Fifa Women’s World Cup in France as a contractor for the State Department OSAC, tying the profits of digital ad fraud back to criminal networks for Fortune 500 clients for the Cyber Threat Intelligence Network, and analysis for a seed round financial due diligence product focusing on non-financial risk.

He currently works as a cybersecurity consultant: creating, optimizing, and implementing wholistic risk management strategies for client’s looking to improve security across the modern enterprise architecture. He also advises a pre-seed startup in Canada that is creating a product and process to give wildlife rangers, customs officials, environmental surveyors, and others the ability to quickly and accurately test animal DNA in the field.

He is interested in the intersection of private sector innovation and security, the constantly changing nature of digital threats and threat actors, and the stabilizing effect intelligently deployed FDI can have on conflict zones. 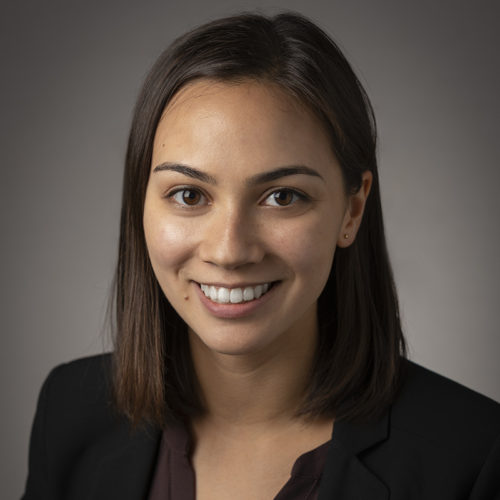 Amanda Blair is a Master’s student at Yale’s Jackson Institute for Global Affairs with a focus on national security, law and policy. At Yale, Amanda has worked as a teaching fellow for a class on data governance, as well as a research assistant for a project on opposition campaign strategies. She previously worked as an analyst at Kobre & Kim LLP, a global financial litigation firm in Washington DC, where she contributed primarily to the firm’s cross-border government enforcement defense matters. 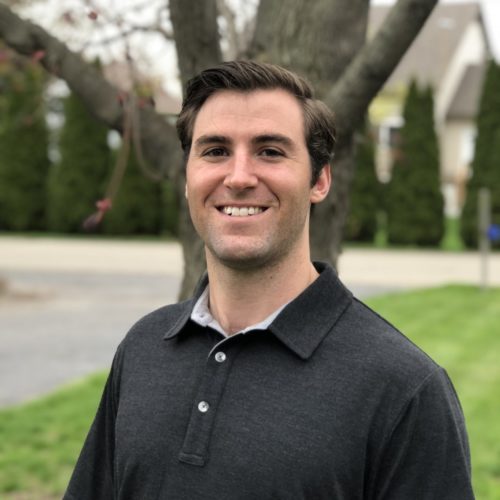 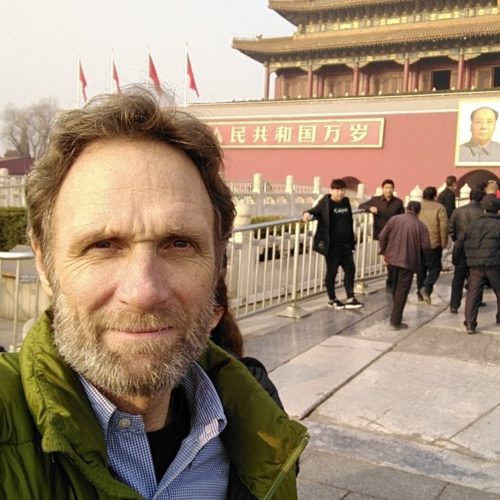 Andrew Jackson Mullins served 23 years in the SEAL Teams and as a member of a Special Mission Unit. Mr. Mullins rose through the ranks to Master Chief and then was commissioned as a “Mustang” SEAL officer, Retiring as a Lieutenant. Upon leaving active duty Mr. Mullins returned to Afghanistan for a year as a Counter Insurgency and Inter-Agency Fusion Cell advisor for COMISAF Advisory and Assistance Team (CAAT). As a CAAT member Mr. Mullins helped identify the best and worst COIN practices and imbedded advisory assistance to commanders at all levels to enable effective, integrated COIN operations.

Since then, Mr. Mullins has worked for other government agencies in both operations and training capacity. During this time, he completed 14+ deployments, in Bosnia, Iraq, Afghanistan, and Somalia. These experiences were instrumental in seeing the nexus of problems that require both hard and soft power to solve.

Mr. Mullins earned his Bachelor of Art in History with a focus on 19th & 20th century Africa, Russia, and China, from the University of Mary Washington in 2019. Mr. Mullins is in the last semester of the Master of Arts in International Security Studies, from the School of Government & Public Policy, at the University of Arizona. Mr. Mullins’ focus is on conflict causes and resolution in the Middle East, and Sub-Saharan Africa, and Transnational Crime Organizations.

When not studying, Mr. Mullins has embraced his role as support officer for his wife’s career as a World Bank Senior Financial Sector Specialist, and Dad to Gabi and Max.

Michael "Walton" Mulroy is an undergraduate student at the University of Montana studying Political Science with a concentration in International Relations & Comparative Politics. He is currently serving in the United States Marine Corps Reserves as a Reconnaissance Marine at 4th Force Reconnaissance Company, Alameda, California. Under a Unit Deployment Program, he worked in bi-lateral training with South Korea’s 1st & 2nd Republic of Korea Reconnaissance Battalions and the Philippine National Police Maritime Group and the Philippine Marine Reconnaissance Group. In other past work experiences, he interned at Capitol Hill for a United States Senator. Growing up, he had the privilege to live and attend schools in Athens, Greece, Nairobi, Kenya, and Kampala, Uganda.

Alan Shaw-Krivosh is a Master’s student at the University of St. Andrews, School of International Relations with a focus on security studies in the Middle East, Caucasus and Central Asia. Prior to St. Andrews, Alan worked as an Associate at an economic consulting firm. He previously worked as a Litigation Analyst at Munger, Tolles and Olson, a full-service law firm highly regarded in the field of litigation.

Prior to that, he attended the University of California, Los Angeles and completed his undergraduate degree in Political Science and International Relations. Throughout his time at UCLA, Alan held various internships including with a member of the House of Representatives in Los Angeles, a California State Senate official, and an international trade internship at the Trade Commission of Peru. In 2018, he was also accepted into the highly competitive UCLA Center for American Politics and Public Policy program, where he lived in Washington, D.C. and interned on Capitol Hill for another member of the House of Representatives. In 2016, he received a counter-terrorism certificate from IDC Herziliya in Israel where he met high-level military officials and counter-terrorism experts. 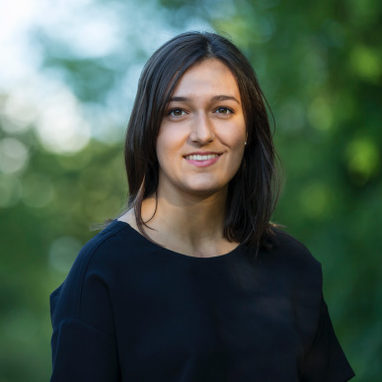 Olivia Shoemaker is a rising senior at Yale College, majoring in Global Affairs with a focus on data analysis and international security. During her junior year, she interned at AFRICOM where she prepared regional maps, infographics, and other data visualizations for senior decision-makers. She has also worked as a data analyst at Lights On, a police relations program, in pursuit of more restorative processes between law enforcement agencies and underserved communities.

In the summer of 2019, she worked at the U.S. Embassy in Zimbabwe where she organized an internationally-televised conference on fiscal transparency, composed sections of the annual human rights report for Congress, and drafted speeches for the ambassador.

Olivia has also served as a student editor at the Yale Law Journal, Africa research assistant at the Yale Political Violence FieldLab, and intern at MicroGrants in Minneapolis. When not working or studying, she enjoys leading a middle-school youth group, hiking with friends, and racing with the Yale Cycling Team.

David Peduto is a writer, researcher, and public speaker who specializes in the Middle East. An Arabic speaker, David seeks to dismantle pervasive stereotypes about a language, a people, and a religion so as to see challenges and opportunities more clearly. He currently works for a security intelligence firm, and previously worked for a crisis response management company. His work has taken him to Pakistan, Thailand, and the Philippines, among other countries.

David is a graduate of Middlebury College, The Fletcher School of Law & Diplomacy at Tufts University, and (somewhat improbably) an alum of the Improv Asylum’s Improv Comedy Training Center in Boston.

At Middlebury, he wrote a thesis examining the reasons behind the Taliban resurgence in post-2001 Afghanistan. At The Fletcher School, he continued his Middle Eastern studies with a focus on conflict negotiation and resolution, U.S.-Iran relations, and extremist ideology. At the Improv Asylum, he learned the art of accepting the new reality from others far funnier than he is.

He lives with his wife and daughter outside Denver, Colorado.

Aslinur is currently an International Politics Master’s student at KU Leuven. Prior to that, she studied International Relations at Bilkent University and completed her undergraduate degree with a focus on International Security Studies.

She has done internships in think tanks such as Middle East Political and Economic Institue and Turkish International Relations Association and studied international security, current developments in the Middle East, and EU security policies. She had also been engaged in NGOs focusing on migration and human rights both as a researcher and a volunteer. She intends to pursue a Ph.D. and continue her studies as a scholar in International Relations.