Want peace in Yemen? First, restore the balance of power. 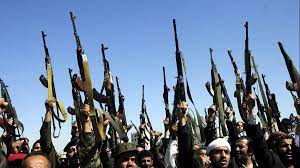 Even the most hardened observers of the ongoing conflict in Yemen could be forgiven for recent optimism. For the first time since 2015, Houthi rebels and the Saudi-led coalition agreed to and generally observed a ceasefire that held for nearly six months. Unfortunately, the Houthis made several late and unreasonable demands and the truce officially expired on October 2, 2022.

As in previous Yemen ceasefires, fighting continued on some level in various areas of the country, even during the latest truce. But it has not resumed to pre-truce levels. Key agreements, such as commercial flights from Sanaa and oil deliveries through Hudaydah port, remain intact—a credit to ongoing US diplomatic efforts. While there have been no reported cross-border missile or drone attacks in Saudi Arabia, low-level fighting inside the country continues, including reports of Houthi attacks on ships in various ports. So, Yemen will likely make an eighth consecutive appearance on the International Crisis Group’s “Ten Conflicts to Watch” list for 2023.

While incomparable to the humanitarian toll borne by Yemenis, the conflict has nonetheless been costly for the Kingdom of Saudi Arabia and the United Arab Emirates (UAE) regarding finances expended, the material used, and international reputations.  Both countries seek an end to the conflict but have few good options. The best option is proactive: rather than giving in to the Houthis’ latest—and frequently varying—demands and withdrawing their support for pro-government forces, these allies should attempt to restore a balance of power in negotiations.

A well-informed humanitarian once told us, “the Houthis are just poor, simple mountain people.” Sympathies aside, they are also formidable fighters and the dominant military power in Yemen. This was not always the case, particularly early in the war when they joined forces loyal to former President Ali Abdullah Saleh before killing him in 2017.  Since then, the Houthis have only consolidated their grip on power, co-opting various tribes and extending their reach in several key provinces.

While yet to prove an ability to govern the country, the Houthis, nonetheless, enjoy the first-among-equals role in Yemen and seem to speak with the loudest voice in ceasefire negotiations. As scholar Fatima Abo Alasrar of the Middle East Institute aptly noted, “the reality of dealing with the Houthis’ monopoly of violence is becoming an obstacle to a fairly negotiated political settlement.”

The Houthis might possess less monopoly if a more unified coalition opposed them. Unfortunately, elements loyal to the Presidential Leadership Council (PLC), which succeeded the Republic of Yemen Government led by former President Abdrabbuh Mansur Hadi, often diverged from tribes allied with the Southern Transition Council (STC). The STC is part of the PLC but is not always aligned with it.

The PLC enjoys support from Saudi Arabia, while the UAE buoys the STC. Early in the conflict, these Gulf powers seemed to agree on the ultimate goal of restoring the legitimate government in Yemen, even as they differed on the objectives necessary to achieve that end state. Thus, their contentious diversion from this unified vision has weakened their negotiating influence.

Developing a shared position on key issues such as the role of the Islah Party, Yemen’s Muslim Brotherhood-aligned group, power-sharing between pro-government rivals, and the status of Marib’s oil resources—even if these involve some internal compromise—would unify the coalition and present a better balance against the Houthis. Right now, the lack of unity perpetuates the conflict and suffering of the Yemeni people.

All parties in the coalition agree on significantly limiting Iran’s role in Yemen. While details matter, at a minimum, the coalition would undoubtedly support a policy prohibiting Iran from providing weapons, equipment, and training to armed groups in Yemen. Given Iran’s overt and routine violation of United Nations Security Council resolutions against arms smuggling, the United States and the international community would also support this stance. However, it will take more than statements of resolve to constrain Iran’s leverage over the Houthis and their efforts to arm and develop them as a military proxy.

First, the Saudis and Emiratis must agree on the role of Sunni fundamentalist groups in Yemen. Both countries seek the elimination of al-Qaeda in the Arabian Peninsula (AQAP) and the Islamic State of Iraq and al-Sham (ISIS) in Yemen, and the Houthis are sworn enemies of both. The Saudis are more comfortable tolerating Muslim Brotherhood-aligned groups, like the Islah Party, whereas the Emiratis oppose such politically active Islamic groups. Yet, comparing Yemen’s Islah with, for example, the Muslim Brotherhood in Egypt is inexact—the latter is much more a part of the country’s political culture. A degree of compromise on this point could unite all sides against a common threat.

Conversely, Emirati support of southern and eastern tribes that comprise the STC’s backbone works at cross purposes with the overall role played by the PLC, which the Saudis and Emiratis co-created as a way to coalesce anti-Houthi movements. However, a fissure between the two major groups has emerged, resulting in occasional fighting between the STC and PLC forces. Resolving the differences between these groups long enough to impress upon the Houthis a lasting ceasefire could lead to further confidence measures and peace talks. For now, the internal division plays directly into the Houthis’ hands by essentially doing their fighting for them and by allowing them to deal with their adversaries in a piecemeal fashion.

The schism between different groups supported by the Saudis and Emiratis is an unfortunate feature of the coalition’s incoherence. What should Yemen look like after the conflict? Is a return to North and South Yemen the best or even a feasible alternative? Absent a unified PLC that includes the STC, a strong federal government in Yemen seems unlikely. If not, is a confederation that offers a degree of provincial autonomy practical? It is not immediately clear whether the coalition has a stance on the issue of central governance. The lack of a clear position on the future of the Yemeni state pulls at the seam of coalition unity.

The status of Yemen’s oil and natural gas production facilities in Marib also remains a sticking point. Repeated Houthi attacks to seize these resources over the years underscore the value of this prize and the power it confers on the controlling party. Early in the conflict, Emirati and Bahraini forces helped the Republic of Yemen Government successfully defend Marib. In later years, the Saudis applied generous sorties of air power to fend off Houthi thrusts.

What if, in the context of a negotiated solution, the Houthis were guaranteed some amount of these oil and gas revenues? This might be a powerful inducement to negotiation, particularly given their longstanding complaints on this very point. First, however, the coalition must agree internally on the stakes and present a unified position during negotiations. This might hinge on bringing in a disinterested, trusted third party, like Kuwait, to guarantee resource sharing.

The Saudis and Emiratis will only get what they want in a future Yemen. The Houthis placed renewal of the recent truce beyond reach and their unrealistic demands impeded the peace effort. But getting the Saudi-led coalition to agree on a unified vision and negotiating position would effectively rebalance the conflict and eliminate a major Houthi advantage: a divided adversary.

Restoring the balance of power in negotiations with the Houthis is not yet a pipe dream.  A united coalition would have a better chance to extend ceasefires on favorable terms, hopefully leading to peace talks in Yemen. This demands that major coalition members first agree on the future of Yemen, the role of its various political entities, and the distribution of revenues from the country’s oil and gas resources. Direct or indirect Track II negotiations to achieve a unified coalition vision should be undertaken with a sense of urgency. Until the Houthis recognize that the coalition is united on these points—in thought, word, and action—they will have little reason to strike a deal.

Lieutenant General (retired) Sam Mundy is a former commander of the Marine Corps Forces Special Operations Command and Marine Corps Forces Central Command, with the responsibility for employing Marines assigned to the Middle East. He is also the president of Once a Marine LLC.

Mick Mulroy is a former deputy assistant secretary of defense for the Middle East and an ABC News national security and defense analyst. He is also co-founder of the Lobo Institute and co-president of End Child Soldiering.

The views expressed in this piece are their own.