US: Strikes on Kata’ib Hizbollah aim to deter Iranian aggression

By loboinstitute_yowwy3 December 31, 2019 Print
No Comments 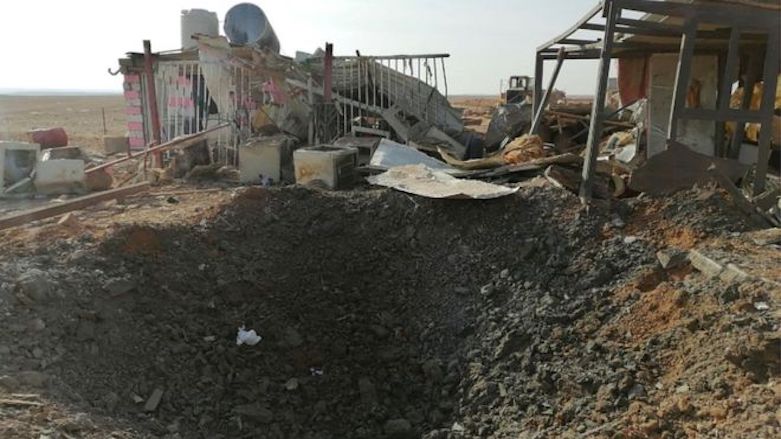 WASHINGTON DC (Kurdistan 24) – US officials repeatedly affirmed on Monday that Sunday’s strikes against five targets of the Iranian-backed Iraqi militia, Kata’ib Hizbollah, were a defensive action that sought to protect Americans, while they also aimed to discourage any further attacks.

Read More: US strikes Kata’ib Hizbollah in Iraq and Syria

Whether they will achieve those goals remains to be seen, as they have prompted sharp protest in Iraq, along with vows of revenge from Kata’ib Hizbollah.

Speaking to Fox News on Monday morning, Secretary of State Mike Pompeo called Kata’ib Hizbollah “an Iranian-backed rogue militia,” as he explained that the US attack was a “defensive action,” which was “designed to protect American forces and American citizens in Iraq.”

“It was also aimed at deterring Iran,” he added. Other senior State Department officials then expanded on Pompeo’s message.

Brian Hook, US Special Representative for Iran and Special Adviser to Pompeo, noted that over the past two months, there had been 11 attacks on Iraqi military bases that host troops from the US-led Coalition against the Islamic State.

“The President has been very patient,” Hook affirmed. “He has shown a great deal of restraint because the last thing the United States is looking for is kinetic action in the Middle East.”

David Schenker, Assistant Secretary of State for Near Eastern Affairs, affirmed that “in many ways,” the US response had been “proportionate.” He suggested that the Iranians had interpreted “our non-response” to earlier acts of aggression “as weakness” and had “continually pushed the envelope.”

“We thought it important,” Schenker continued, “to hit a significant target set to send a very clear message to [the Iranians] about how serious we take American lives.”

Saudi Arabia and the UAE support US Strikes

Additionally, Pompeo spoke on Monday with Saudi Crown Prince Mohammed bin Salman and “underscored that attacks by the Iranian regime, or their proxies of any dentity, that harm Americans, our allies, or our interests will be answered with a decisive response,” according to a US readout of the discussion.

Pompeo also thanked him for Saudi Arabia’s support, and “the two agreed to continue to work together” to counter “Iran’s malign behavior.”

The US Secretary of State had a similar exchange with Abu Dhabi Crown Prince Mohammed bin Zayed, who also pledged to continue working with the US to counter Tehran.

Mick Mulroy, until recently the top Pentagon official dealing with the Middle East, and now working with the Lobo Institute and as an analyst for ABC News, provided Kurdistan 24 with some new details on the close ties between Iran and Kata’ib Hizbollah.

Militia members “swear allegiance to Iran’s Supreme Leader, Ayatollah Khamenei,” Mulroy said. Its leader, Abu Mahdi al-Muhandis, is not only a “very close confidant” of Qasem Soleimani, head of the Quds Force, the paramilitary arm of Iran’s Islamic Revolutionary Guard Corps, but “a dual citizen of Iraq and Iran.”

“Having Kata’ib Hizbollah conduct this attack says two things,” Mulroy stated. “Iran wanted it to be successful,” as the militia is “trained by Quds Force paramilitary officers.” The Iranians were also “sending a message that they were ultimately behind it.”

That was a question asked by Col. Norvell DeAtkine (US Army, Retired), formerly Director of Middle East Studies at the John F. Kennedy Special Warfare Center and School at Fort Bragg.

Indeed, it is particularly relevant, as the US strike has precipitated an angry reaction in Iraq. Senior figures – including caretaker Prime Minister Adil Abdul Mahdi, Grand Ayatollah Ali al-Sistani, and the firebrand cleric Muqtada al-Sadr – have all criticized the US strikes. Prominent among their concerns is that Iraq would become an arena of conflict between the US and Iran.

Moreover, the strikes, which killed 25 Iraqi militiamen, have prompted popular unrest. “Even the tenor of Iraq’s street protests has shifted, as anti-Iranian slogans have given way to anti-American ones,” The New York Times reported on Monday. The effect has been one of “reducing the heat on Tehran and its proxies,” while Muhandis, for his part, has threatened retaliation.

That the strikes were “defensive,” that they were “proportionate,” and otherwise justifiable in US terms, seems to have had little impact on Iraqi opinion.

Indeed, the language of US officials reminded DeAtkine uneasily of the Vietnam war, when the US pursued a policy of controlled escalation.

“I keep harking back to Vietnam and the idea of this gradual escalation,” said DeAtkine, who received several awards for his military service in that war.

“Iran will do something, and then we will up the ante a bit,” and “I’m not sure where that will lead,” DeAtkine continued. “But what really bothers me is the whole idea of gradual escalation, like we did in Vietnam.”

“That doesn’t work,” he affirmed. “If the problem is Iran, we should hit Iran.” And “we need a bold stroke. If we are going to do some damage, it should be a lot of damage.”

“It can’t be just tit for tat,” DeAtkine stated, as he suggested IRGC facilities in Iran might be suitable targets. “That is risky,” he acknowledged, “but, so, too, are these very limited strikes.”