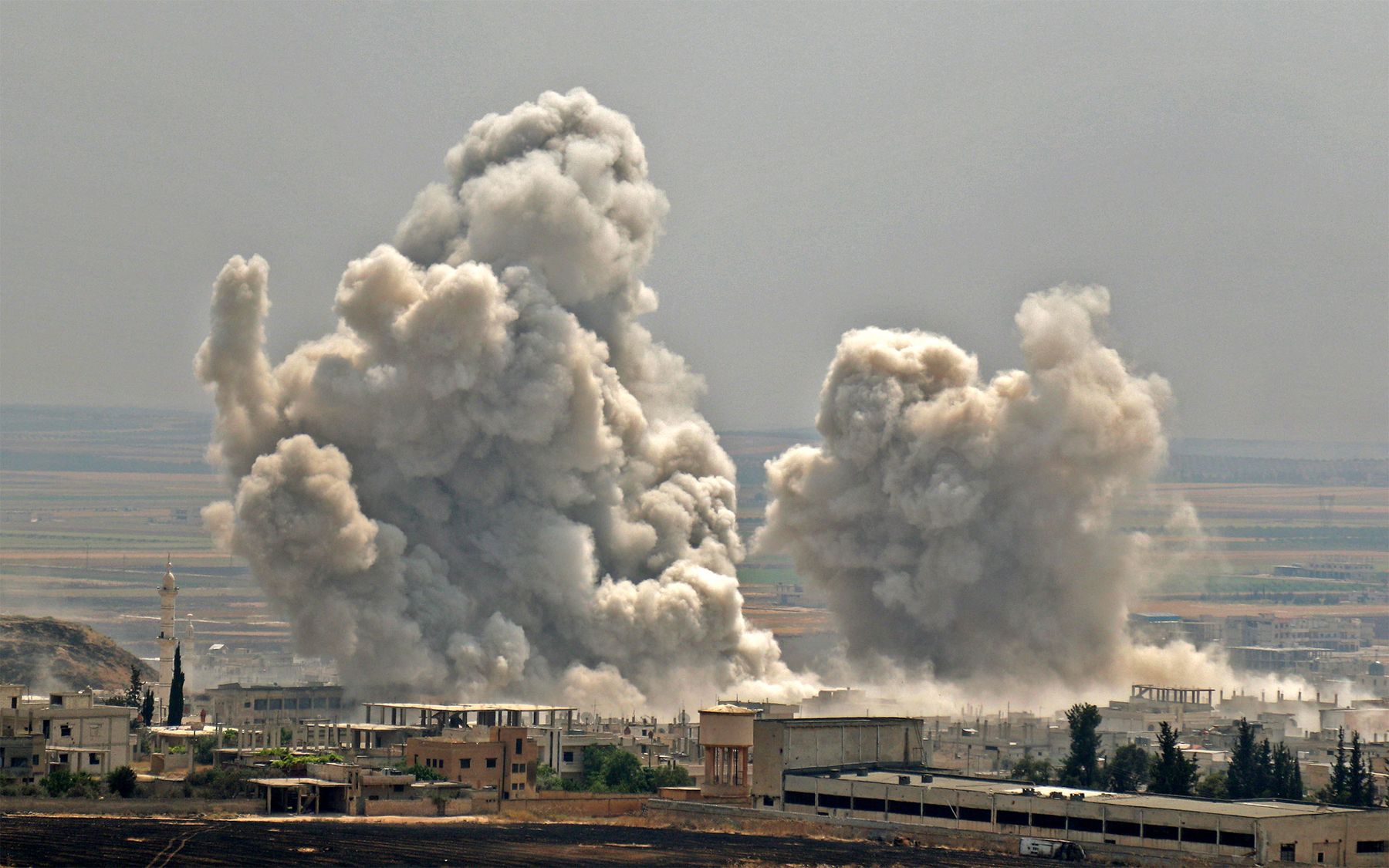 As published on Bloomberg:

The Pentagon reiterated promises to respond to any use of chemical weapons by Syrian forces as the Assad regime’s offensive against militants in a key northwestern province threatens to cause another humanitarian crisis in the country’s eight-year civil war.

The U.S. and its allies “will respond quickly and appropriately,” Michael Mulroy, deputy assistant secretary of defense for the Middle East, said in a statement on Friday. “Assad has arguably done more than any other actor to destabilize the region by murdering his own people” and forcing millions to flee the country, he added.

The Trump administration warned Syrian President Bashar al-Assad last year that the U.S. would act if he used chemical weapons in Idlib, the last major rebel holdout in the civil war. In April 2017, and again a year later, President Donald Trump ordered limited airstrikes on Syrian targets as punishment for what the U.S. said was the use of chemical weapons.

Trump earlier this week warned about “butchery” by Russian, Syrian and Iranian forces in Idlib. Yet the president has also sought to draw down U.S. forces in the country after campaigning on promises to get America out of intractable Middle East conflicts.

Hearing word that Russia, Syria and, to a lesser extent, Iran, are bombing the hell out of Idlib Province in Syria, and indiscriminately killing many innocent civilians. The World is watching this butchery. What is the purpose, what will it get you? STOP!— Donald J. Trump (@realDonaldTrump) June 2, 2019

The Syrian military started its latest assault in Idlib in April, with Russian air support. The Russian defense ministry accused militants in the province last month of breaking a cease-fire agreement by attacking an airbase twice with multiple rocket launchers.

At least 200,000 people have fled the fighting in southern Idlib and neighboring northern Hama, according to the United Nations. The situation remains volatile and renewed clashes threaten about 3 million civilians in the area, the UN said on May 21.

“We have repeatedly called on all parties, including Russia and the Syrian regime, to abide by their commitments to avoid large scale military offensives,” the Pentagon’s Mulroy said. “Only a return to de-escalation will allow unhindered humanitarian access” that is needed to address the crisis being caused by the violence, he said.

Secretary of State Michael Pompeo raised concerns last month about the clashes with his Russian counterpart Sergei Lavrov, saying the U.S. wants to work with Russia to “move forward on the political track” to minimize suffering. Russia and Turkey in September agreed on a truce to head off an assault by the Syrian army on Idlib.

Russia’s military intervention in Syria, starting in 2015, shored up Assad’s regime after it was at risk of being overthrown in a rebellion led by a collection of opposition militias, terrorist groups and U.S. allies. Since its outbreak in 2011, the Syrian civil war has uprooted about half the country’s prewar population of 22 million, creating more than 5 million refugees.

“Both Russia and the Syrian regime have shown no signs of concern when it comes to the suffering of the Syrian people,” Mulroy said. “The Syrian regime and Russia together have managed to create one of the worst humanitarian tragedies in history.”