The War That Lies Ahead 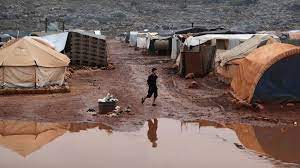 Exterminating the cancerous cells of jihadism from the inside out

21 years ago, on September 11, 2001, 19 militants aligned with the radical Islamic extremist group al- Qaeda hijacked four airplanes and carried out suicide attacks against targets in the United States. Two of the planes were flown into the twin towers of the World Trade Center in New York City, a third plane hit the Pentagon just outside Washington, D.C., and the fourth plane crashed in a field in Pennsylvania. In total, nearly 3,000 people died during the 9/11 terrorist attacks.

Seven days later, on September 18, 2001, President George W. Bush signed the “Authorization for Use of Military Force Against Terrorists” bill, which was passed by Congress a few days prior. This authorized the President to use all necessary and appropriate force against those nations, organizations, or persons he determined planned, authorized, committed, or aided the terrorist attacks that occurred on September 11, 2001, or harbored such organizations or persons, to prevent any future acts of international terrorism against the United States by such nations, organizations or individuals. On September 20, 2001, during a televised address to a joint session of Congress, then President Bush said, “Our war on terror begins with al-Qaeda, but it does not end there. It will not end until every terrorist group of global reach has been found, stopped and defeated.”

Within a few weeks, in early October 2001, U.S. forces invaded Afghanistan, and the so-called “war on terror” was officially underway.

Yet what began as the U.S. government sending soldiers to hunt down and destroy the Taliban and al- Qaeda in one single country, Afghanistan, continues to this day in what is now a never-ending war that envelops much of Africa, the Middle East, and Central and South Asia.

There are absolutely appropriate circumstances for which a significant military role is necessary, such as in combating the Taliban and al-Qaeda in Afghanistan in October 2001, or in dealing with the emergence of ISIS and its control over substantial territories across Iraq and Syria more recently. The military’s warriors are undoubtedly the right people for the job of going into essentially ungoverned spaces that have become training and launching grounds for terrorists, hunting them down, and destroying them. And that is the type of war the uniformed members of our military voluntarily signed up to be sent off to in defense of our nation: One where they go into battle against a clearly defined enemy that attacked our homeland, wipe the adversary out entirely, leave, and come back home. That is the sort of war for which we should use our military.

However, in this ongoing and future war against violent Islamic jihadists, a military response should likely be the exception, not the norm. Without a doubt, free societies the world over are at war with Islamic terrorists. And they can be defeated. The primary warriors for this, however, are not uniformed military men and women with tanks and fighter jets and warships. Bullets and bombs, missiles and machine guns will not suffice in this war, for in this war, it is the most persuasive ideas and ideologies that prevail: ideas and ideologies that must come from within Islam itself, as the rapidly spreading cancerous cells of jihadism must be exterminated from the inside out.

No one is born a terrorist: they are all created. Each and every single violent young suicide bomber who blows himself up in an act of martyrdom, and every single young man who goes off to wage holy war as a jihadist, was forged by the evil fires of despair. Somewhere along the way, every single one of these terrorists — all of whom are equally heading towards their own deaths alongside their innocent victims — was brainwashed into believing that these evil acts of violence they commit offer the elusive chance of reaching Paradise. They each were offered an apple so enticing they could not resist, and they reached out, took ahold of it, and ate. In doing so, their hungry bellies began to be filled with the sick and twisted lies that fuel the fires of terrorism; that give the courage to push the buttons which explode the suicide bombers’ belts; that sends the young jihadists off to their own deaths in very un- holy, holy wars. Yet none were born monsters such as this. No, not one. These monstrous instruments of death were all brought to life by something, by someone along the way.

And who better — who easier — to convince that heinously murdering innocent people is the only way for certain that one can enter into eternal salvation, Paradise with God, than angry young men dwelling in urban slums and refugee camps with no hope of ever escaping the awful realities found in their very real worlds of despair? Personally, I can think of no other.

As such, it seems logical that poverty alleviation and economic development initiatives and activities would be a top priority for U.S. Government efforts related to counterterrorism. Giving young men, and increasingly women, a real, tangible hope for a better future will undoubtedly help steer many clear from venturing down the path towards violent Islamic extremism.

We must, however, fully recognize this is first and foremost a religious war. Emanating from the poverty found within the slums and refugee camps of the developing world are the manipulative, seductive voices of radicalization.

In the Arab World, religion is everywhere: it has literally permeated all aspects of society. As hard as one may try, it is nearly impossible not to be influenced by Islam, or more precisely, the specific version of Islam being preached and spoon-fed to the masses. This version of Islam, the currently- embraced narrative, seamlessly moves from the handful of top Islamic “influencers” to the local neighborhood Mosque leaders who then instruct the masses who themselves have been programmed since birth to blindly accept the Imam’s words as Gospel Truth.

Counter-narratives and alternative forms of Islam can be an effective weapon for combating violent jihadist ideology. For counter-narrative strategies to be useful, however, they must not be merely academic in nature. Scholarly articles dreamed up inside of think-tanks likely don’t come close to reaching the eyes, ears, hearts, and minds of the masses who actually need to be reached. The objective must be deploying counter-narratives into the actual, physical places they are needed; inside the hardline Salafi mosques in the backstreet alleys of the Arab World; inside the religious schools, theological training centers, and Islamic-themed conferences of Central and South Asia; and into the homes of radical Islamists worldwide. Ultimately, we must create and deploy counter-narratives that influence — that persuade — the Muslim world’s most esteemed religious clerics and scholars who themselves instruct and guide the masses.

This message of non-violent Islam must be widely embraced by the masses to make any sort of real- world difference. The key for doing so lies in deploying small teams into strategic locations across the globe that will through direct human contact and interaction quietly influence the Islamic world’s most esteemed religious clerics and scholars, persuading and convincing them that non-violent Islam is indeed the will of God, and that they are God’s chosen vessel to preach this message to the masses.

Although lethal action is, and will continue to be, necessary in this battle against violent Islamic jihadists, it is the message, the narrative, that ultimately matters most. While bullets and bombs, missiles and machine guns are indeed a part of the cure, the cancerous cells of violent extremism cannot be fully destroyed without scripting and controlling the narrative first.

J.D. Pitts is Founder & Principal Advisor for Ahlan International, a boutique firm specializing in Arab and Islamic cultures and languages and the Middle East / North Africa region. Prior to founding Ahlan International, Mr. Pitts lived for 15 years in Egypt, Syria, Jordan, Sudan, Yemen, and Mauritania. While there, his professional experience included both the education and business sectors, as well as over a decade of deep involvement in humanitarian work ranging from small, grassroots operations to large-scale, UN-managed operations.