The Russian Invasion Highlights the Impact of OSINT 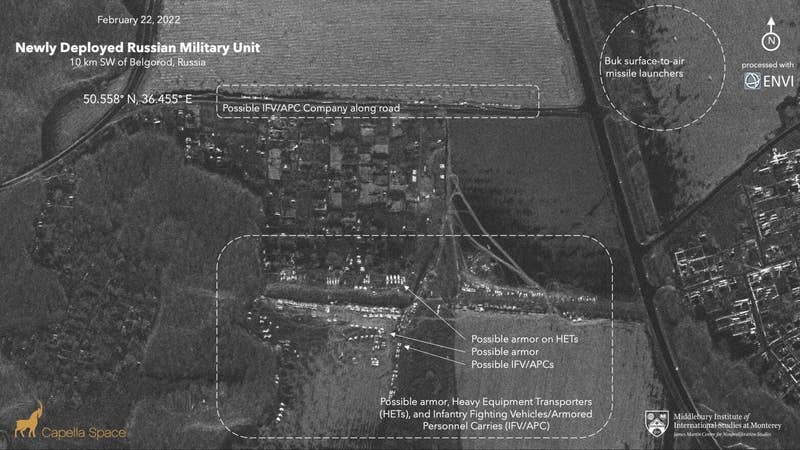 With the Russian invasion of Ukraine, there was much speculation about what the fight would look like. Russia, theoretically, has one of the world’s largest and most advanced militaries. Ukraine has increased military spending drastically since Russia’s initial invasion in 2014, and has been given high end weapons from countries like America, the UK, France, and Germany. Many believed, therefore, that this fight in Eastern Europe could be the first demonstration of the theorized new type of combat with cutting edge technologies on both sides.  Although those new era warfighting tools have been demonstrated, military professionals have been hesitant to proclaim lasting lessons that will inform warfare moving forward.    Cyber professionals have been confused by the lack of escalated Russian cyber activity.  Military and intelligence the world over wonder why Russian air power has not been utilized to its theoretical utmost.  Retired USMC four-star general and former USD Jim Mattis recently said on a call that he would “keep his powder dry” when it came to listing lasting lessons from Russia’s invasion and Ukraine’s defense. However, one lesson that can be pulled from the Russian invasion of Ukraine? Democratized access and utilization of OSINT by concerned citizens outside the military and intelligence apparatus has had and will have a strong effect on this war, and all other wars in the future.

The use or idea of OSINT is not completely new to anyone; its practice, however, has changed drastically over the years.  To the modern observer who sees the lifeblood of OSINT as 21st century technology like Google Maps, Facebook and TikTok, it might be surprising that the discipline originated in the early 1940s. However, the impact it can have in conventional military engagements today(or the closest thing to it that Europe has seen since WWII depending on certain definitions of conventional engagement) has been put on display like never before with Vladimir Putin’s decision to invade Ukraine.

The practice, which the FBI defines as the use of“…publicly available information that may come from media such as newspapers, television and… websites” has influenced the information struggle that accompanies all stages of Russian aggression towards Ukraine.In February of 2022, , national intelligence agencies, private sector companies , and concerned citizens from across the globe used OSINT tools and techniques to decide if Putin’s posturing would indeed turn into a full scale assault within Ukraine. It turned out, for instance, that academics at the Middlebury Institute for International Studies were able to identify the beginning of the Russian invasion before Vladimir Putin made his strange announcement to the Russian people.

Between February and May of 2022, , OSINT has been used to track the progress of the fight on the ground, highlighting and analyzing the strategies, tactics and weapons used on both sides while also documenting how those strategies, tactics and weapons have changed since the initial days of the war.  Bellingcat used open sources to track Russia’s use of widely-criticized cluster munitions around schools and hospitals.  Oryx, another digital watchdog, maintains a comprehensive list of destroyed and captured military vehicles.  On March 12, Rob Lee, a former Marine, tweeted evidence of Russia’s use of autonomous loitering munitions in an urban setting. Even before the invasion began, experts were debunking Russian claims of escalating Ukrainian guerilla tactics in Donbas using Twitter and Google maps.  This type of surveillance gives the concerned citizen, who might not have the TCI/SC clearance of their IC compatriots, unprecedented insight into the ebbs and flows of a conflict that might be geographically far away but whose side effects are global in nature. 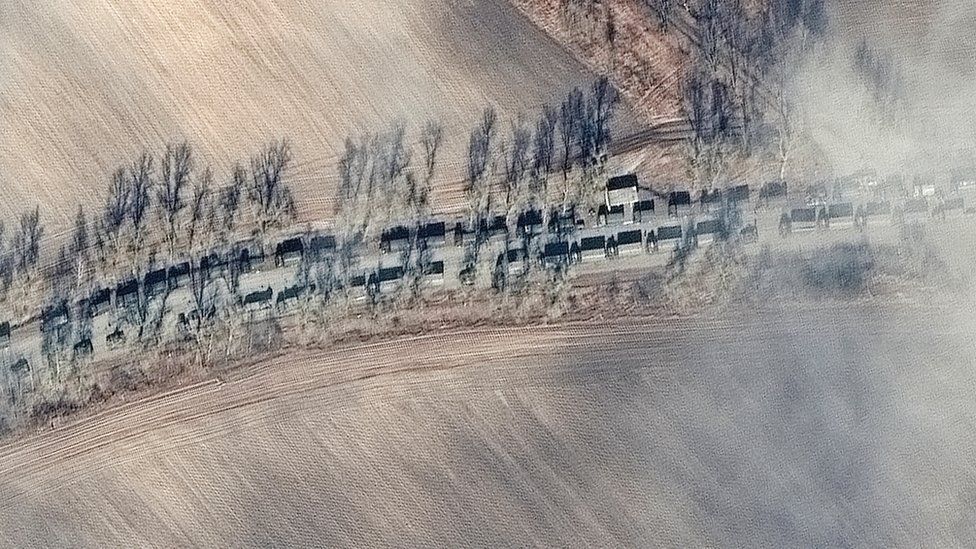 OSINT is also the most important tool in documenting the atrocities committed on the Ukrainian citizenry by the invading Russian forces.   Readily available satellite imagery formed the foundation for the enhanced scrutiny on Russian executions in Bucha.  Not many believed Russian proclamations before the invasion began that they would bypass civilian targets.  OSINT has proved this mistrust was well placed.  In fact, this Russian strategy of savagery seems to be the one strategy the Russian military is capable of cohesively delivering.  Marti Flacks of CSIS wrote, “…even absent a clear path to short-term legal accountability, it is nevertheless critically important to document and widely share information about abuses as they occur, both to enable potential future accountability and to continue to mobilize and sustain public opinion against the war in allied countries, as well as among the Russian public.”

If the tactical and operational importance of this information from a military perspective is still unclear, the fact remains that OSINT plays an enormous role in the information narrative that will accompany every conflict in the modern day.  The proliferation of the information, now much more accessible to news agencies, academics, and individual researchers, has given the world a level of insight that will change how the court of public opinion judges war’s participants.    In the wake of the Russian perpetration of war crimes in Bucha, which the “Earth Intelligence” company Maxar helped verify, Ukraine’s president pointed to the importance of enhanced access to this information as one of the mechanisms that could hold Vladimir Putin accountable on the world stage.  The public’s increased depth of view into the conflict has highlighted the importance of each respective side’s influencing that view and therefore winning that attached support.

Russia and Ukraine’s attempts to control the narrative unfolding on the ground indicates the importance of OSINT.   The enhanced access to information is, however, a double edged sword.  The proliferation of conflict-related data means more avenues and opportunities for conflict disinformation. In this vein, the Kremlin is campaigning to shift the world’s understanding of what happened in Bucha.   While Moscow’s argument attempts to prove a counterpoint, it at least also produces more chatter with which to obscure the truth. Russian leadership is not just trying to prove something, it’s also working to hide truth in the noise. This push and pull, enabled by the very real opportunities that democratized data collection and analysis provides nations and individuals alike, is just another reason that one thing is certain when looking at the war in Ukraine and how it will inform future conflict.  OSINT is more important than it has ever been, and that importance is not going away anytime soon.

Toby is a Fellow at Lobo Institute and a graduate of the Middlebury Institute of International Studies, where he received a Masters’s in Nonproliferation and Terrorism Studies with a specialization in Financial Crime Management.

Professionally, he has held multiple positions at the intersection of technology and security. These include working in threat analysis for the Fifa Women’s World Cup in France as a contractor for the State Department OSAC, tying the profits of digital ad fraud back to criminal networks for Fortune 500 clients for the Cyber Threat Intelligence Network, and analysis for a seed round financial due diligence product focusing on non-financial risk.

He currently works as a cybersecurity consultant: creating, optimizing, and implementing holistic risk management strategies for clients looking to improve security across the modern enterprise architecture. He also advises a pre-seed startup in Canada that is creating a product and process to give wildlife rangers, customs officials, environmental surveyors, and others the ability to quickly and accurately test animal DNA in the field.