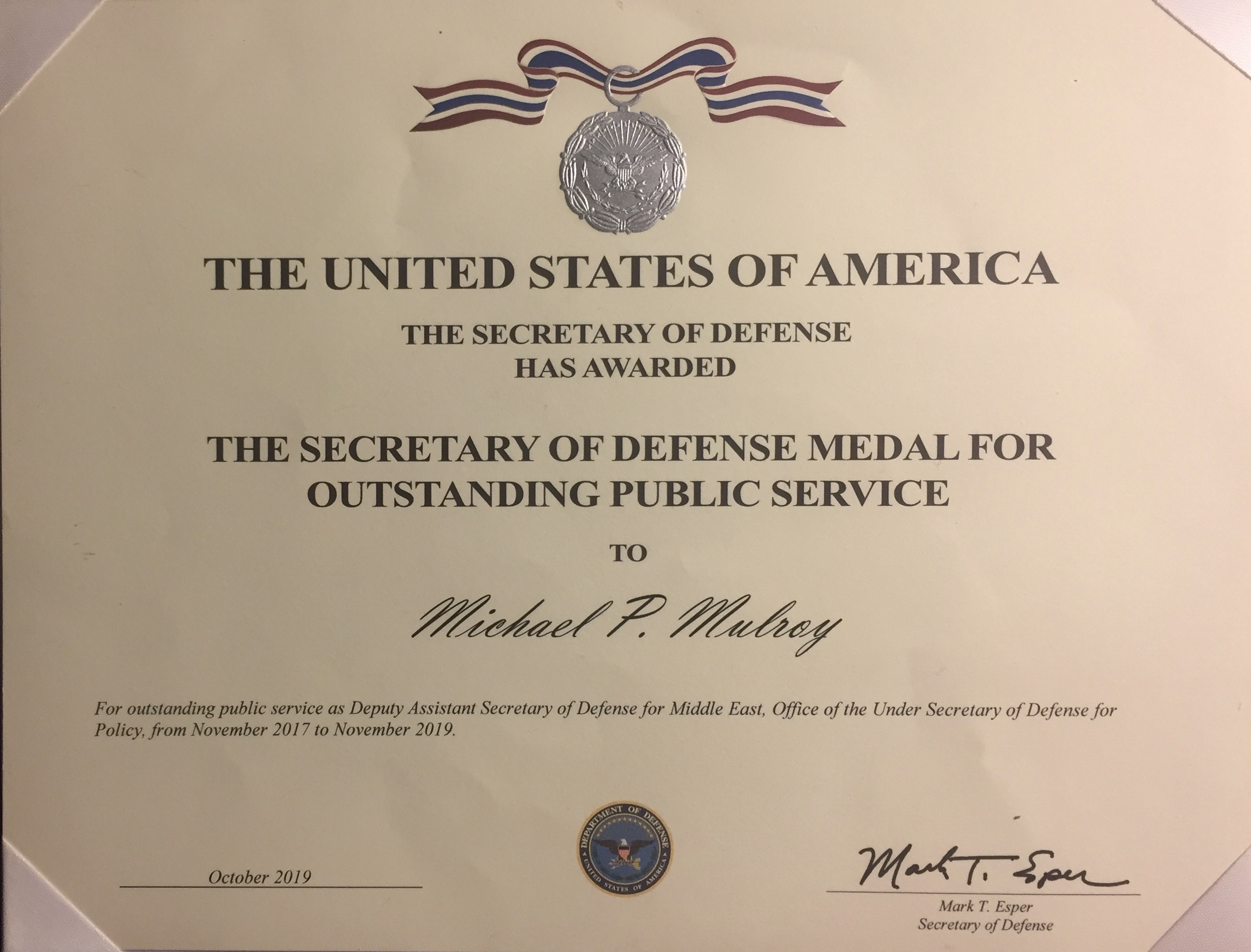 Citation to accompany the award:

Mr. Michael Patrick Mulroy is recognized for outstanding achievement as Deputy Assistant Secretary of Defense for the Middle East, Office of the Undersecretary of Defense for Policy from November 2017 to November 2019. Mr. Mulroy led the Departments engagements with twelve partner nations in the Middle East region, hosting numerous bi-lateral and multi-lateral defense consultations, and led policy negotiations for two other countries.

Mr. Mulroy accomplished results which made an impact on people. He envisioned and initiated the Yemen Steering Initiative, a project designed to jumpstart the process to prevent Yemen from becoming a failed state. The United Nations incorporated the Yemen Steering Initiative to its planning process for stabilization. Mr. Mulroy was also responsible for building interagency an international coordination effort to support the successful evacuation of 422 volunteers and family members of the White Helmets civil defense organization in Syria.

Mr. Mulroy directed the formation and execution of the Iran Strategy Board which created a productive forum to coordinate policy direction and advocated for a calibrated approach to Iran. The distinctive accomplishments of Mr. Michael Patrick Mulroy reflects great credit upon himself  and the Department of Defense.