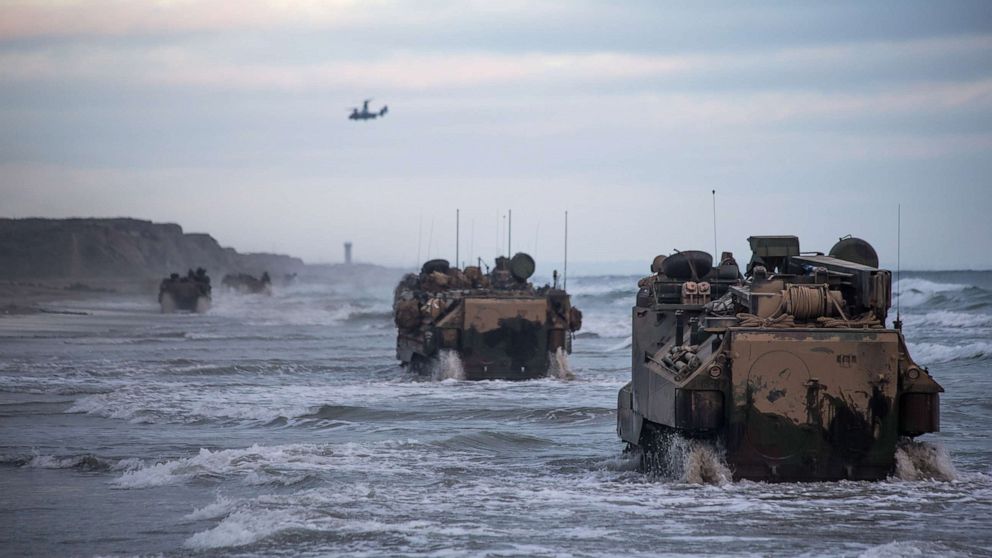 As published by ABC News by Luis Martinez

“It is with a heavy heart, that I decided to conclude the search and rescue effort,” said Col. Christopher Bronzi, 15th MEU Commanding Officer. “The steadfast dedication of the Marines, Sailors, and Coast Guardsmen to the persistent rescue effort was tremendous.”

All eight service members are presumed deceased. The 15th MEU and the ARG leadership determined that there was little probability of a successful rescue given the circumstances of the incident.

Out of an abundance of caution, the top general of the Marines has ordered a suspension of using AAVs until it’s determine what sank the other craft.

The incident occurred around 5:45 p.m. local time near the northwest part of San Clemente Island, the Navy-owned piece of land 80 miles off the coast of Southern California. The island is used by the Navy and Marine Corps for training.

Fifteen Marines and a sailor were aboard the AAV as it made its way back to the U.S. Navy amphibious ship USS Somerset, according to three defense officials.

The AAV was among a group of 13 AAVs returning to the ship, which was approximately a mile from shore, Lt. General Joseph Osterman, commander of I Marine Expeditionary Force, said at a press conference Friday.

Osterman said that the personnel aboard the AAV signaled to other AAVs that they were taking on water. Immediate aid provided by personnel on two other AAVs and those on a safety boat accompanying the vehicles helped rescue eight of the imperiled Marines.

“It sank completely,” said Osterman, adding that “the assumption is it went all the way to the bottom,” several hundred feet below the surface, too deep for divers.

One of the rescued Marines died later, and two others were rushed to local hospitals and last reported in critical condition. The other five who were rescued returned to the ship.

AAV training on land would continue although operations on water were being suspended “out of an abundance of caution,” he added.

Multiple ships and helicopters from the Navy and Coast Guard had been combing the waters off of San Clemente Island looking for the missing service members before the efforts were called off.MORE: Marine Commandant aims to boost Corps’ mobility and stay out of politics while addressing social issues

AAVs are used to carry out beach landings. The small, armored craft are launched from Navy amphibious ships and convert into armored personnel carriers on land.

There have been 10 to 15 reported incidents over the past 20 years involving AAVs, with the most recent report involving a water-based fatality happening in January 2011.

“San Clemente is a very challenging amphibious training ground,” said Eric Oehlerich, an ABC News contributor and former Navy SEAL who’s conducted trainings there. “Night amphibious training is some of the most complex and high-risk training you can do as an amphibious soldier.” Comments (168)