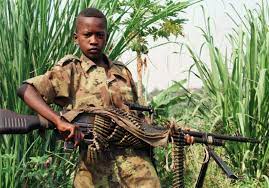 As published by Media Maven

Global Crisis Watch and Michael Patrick Mulroy sit down with Anthony Opoka, a former child soldier for The Lord’s Resistance Army (LRA) to discuss the child soldiering issue in Uganda.  Providing an in-depth firsthand look at the global issue, Mulroy and Opoka discuss with the Mavens their efforts in fighting LRA, helping to bring child soldiers home and give them a better future, Opoka’s story as a former soldier, and how just far this issue reaches beyond Uganda. “The United Nations said it has doubled in the Middle East in the last two years, and it is something that spreads from the Far East in the Philippines to South America and a lot of concentration in Africa….child soldiering needs to be addressed because no adult should be ok with children fighting the wars that they start.” Tune in to GCW’s live segment below to learn about “The LRA’s Political Objectives In Uganda” For More information on Media Mavens Podcast or Global Crisis Watch, Please visit www.mediamavenspodcast.com.