Lobo Short: The Frontiers of Digital Conflict are Only Expanding 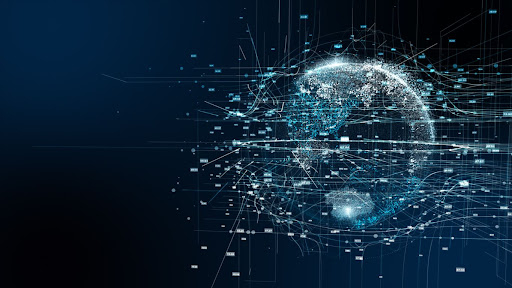 By Liam McHugh and Tobias Armour

The developing world is trying to pull itself out of the worst pandemic in a hundred years.  A new administration in Washington is finding its way back onto the international stage as a renewed ally and world leader.  China’s influence expands across almost every sector of the globe.  In Scott Galloway’s “No Mercy No Malice” newsletter, he states that nations define their place in the national order through the power triangle of violence, innovation, and investment. This dynamic has remained constant throughout history,  but the digitization of that power triangle adds a new element. This digitization increases the cyber vulnerability associated with emerging markets, and also opens up a new area for exported influence.  The strongest, and richest nations are having problems defending themselves from the devastating effects of cyber attacks at home. It doesn’t take much imagination to understand how that vulnerability will expand to emerging markets as more and more day-to-day activity in those parts of the world comes online.

This new and vulnerable digital landscape, when combined with major powers’ ability and renewed desire to export influence through technological infrastructure, investment, and direct aid, will create the new edition of a cyber and technological battlefield that the world does not yet understand.  This new battlefield will include kinetic cyber operations and passive influence campaigns, both of which the United States has seen many times within its borders in recent memory.

Countries like China, Russia, North Korea, Israel, and Iran engage in malicious cyber activity that has been well documented.  The effects of these nefarious operations have been felt across nearly every continent.  It isn’t enough just to understand these actions within an offensive cyber context.  These operations must be viewed as a new offensive digital strategy that will only become more complex and important as the globe becomes increasingly digitized.

For example, it isn’t enough just to look at Russia’s offensive cyber attacks in Ukraine. It is imperative also to look at Russia’s influence operations in Poland as part of the Kremlin’s combined digital strategy.  If not, the analysis of the strategy is siloed and incomplete.  It would have been like American leadership in the Pacific theater of WWII looking at Japan’s naval movements without understanding its deployment of troops to certain islands or its use of its aircraft carriers to launch bombers and fighter jets.

China continues to exercise what some have referred to as sharp power. This tool is a direct influence operation to control the world’s opinion of Beijing. Disinformation campaigns, psychological operations, and the underhanded export of technology to help prop up authoritarian regimes the world over are all parts of this “sharp power” campaign.  Combined with the Belt and Road Initiative, along with other projects like Huawei’s global 5G construction efforts, China’s priorities and opinions are now exported and pushed across the world.  To comprehend and counteract in full, democratic leaders must look at all these factors, along with Beijing’s continued offensive cyber operations.

Countering every single instance of this combination of kinetic cyber operations, passive digital infrastructure investment, and technological influence projection will be impossible, so a coherent overarching strategy has to be decided upon.

With great power competition once again the main focal point of the world’s most influential nations, it is imperative that America understands the details and intricacies of each specific type of operation and competition, but also the way they combine to form a new overarching digital arena.  New initiatives by the International Development Finance Corp (DFC) show progress in diversifying America’s digital strategy, but the goal of the organization’s foreign investment will only be realized if that investment is combined with an “eyes wide open” approach to global digital security.

Liam McHugh is a Fellow at Lobo Institute and a recent graduate from John Jay College with a Master’s in Criminal Justice, specializing in Terrorism Studies and Criminal Law & Procedure. He also received Advanced Certificates in Terrorism Studies and Criminal Investigation. As an undergraduate at the University of Denver, Liam studied Psychology, Criminology, and International Studies. Outside his work at Lobo Institute, Liam works for Western Union as an FIU Investigator.

Tobias Armour is a Research Intern at Lobo Institute and a recent graduate of the Middlebury Institute of International Studies with a Master’s in Nonproliferation and Terrorism Studies, with a focus in Financial Crime Management and Cybersecurity.  Outside his work at Lobo Institute, Tobias works as a Cybersecurity Risk Consultant.