Libyan Elections: Important Beyond The Shores Of Tripoli

As published by Newslook by Lobo Expert Cadre member

Retired in 2019 as the chief of staff of Special Operations Command Central, He is on the adjunct faculty of the Joint Special Operations University & a fellow of the Modern War Institute. He also teaches courses overseas to officers from countries across Africa, the Middle East and Asia. 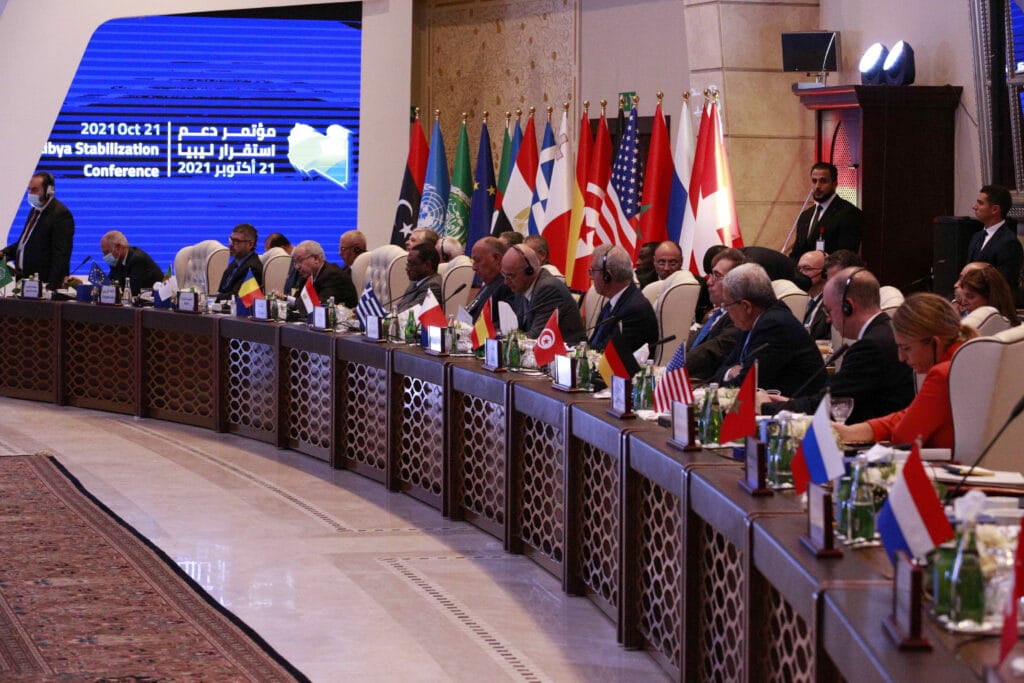 Libyan Elections: Important Beyond the Shores of Tripoli

In March of 2011, I was part of an international military team tasked with evacuating foreign nationals from Tripoli as anti-Gaddafi forces closed on the capital.   In the last minutes of the operation, I watched from the rear of a heavily laden Italian Hercules transport aircraft as it clawed its way upwards through a pall of black smoke that billowed above the city, turning the cobalt waters of the Mediterranean a shadowy gray.  It seemed at the time a fitting requiem for the end of Moammar Gaddafi and his clan who had held the country in their capricious sway for some 42 years.  The term Arab Spring had yet to be coined, but it seemed then, that for Libya at least, this was a significant turning point.  There would probably be a volatile period of transition but, with some external help, Libya would emerge a more inclusive and equitable society.   So, I thought.  It would, in fact, be ten years before Libya enjoyed even a brief respite from the violent images that remain in my memory from that day.

In the decade following my last glimpse of Tripoli airport, warring militias fractured the country between east and west, ransacking oil revenues and preying on the local population. Violent extremists looted the country’s weapons depots, fueling insurgencies across Northern Africa and the Middle East. Human trafficking became a national pastime, sending waves of migrants across the Mediterranean to Europe, where they caused deep political and social fractures. Meanwhile, the Islamic State set up shop on the Libyan coast – happy no doubt to have found a failed state right on Europe’s front doorstep.

Since October of 2020, the country has enjoyed a fragile peace under an interim government whose task it is to set the conditions for elections scheduled on 24 December of this year.

Libya remains politically unstable. Disagreement between Libya’s political bodies and opposing factions about the election rules and the schedule have threatened to derail the presidential vote.   The Biden administration clearly recognizes that bringing about this election is an important diplomatic mission for the United States – and the US special envoy to Libya, Richard Norland, has conducted a series of exhausting engagements with heads of the various nations involved.

At 46.4 billion barrels, Libya sits atop Africa’s largest proven oil reserves.  No surprise then that the Libyan civil war has become an arena for proxy conflict between foreign powers.

Turkey and Qatar back the Government of National Accord (GNA) and its allied militias, which control Tripoli and the west. The GNA is challenged by the self-styled Libyan National Army (LNA) led by Khalifa Haftar, a renegade general who is backed by Egypt, France, Russia and the United Arab Emirates.

The defeat of Haftar’s army in mid 2020 as it advanced on Tripoli was a triumph for Turkey who employed swarms of drones to wreak destruction on the LNA’s armored columns.  GNA militias with Turkish support subsequently pushed the LNA out of the city, and East of Serte.

The UN brokered peace-deal in the fall of that year was reinforced by an invitation from Morocco to both sides to meet in Tangier to discuss the way ahead. It was the fourth such conference held by the Morocco which, despite not being a direct neighbor, has suffered the effects of Libya’s civil war.  The conference was a tentative success – with all parties agreeing in principle on a path to the elections.

The small pool of presidential candidates includes General Haftar and Saif al-Islam, the youngest son of Gaddafi, who was imprisoned for almost 5 years during the civil war by a rebel militia.   In a recent story, a BBC correspondent suggested that Seif’s election as President would be an embarrassment for the United States, given the US backing for the campaign to remove his father.  The truth is that Washington has been scrupulous about not taking sides in this election – perhaps an implicit recognition of past errors on the part of successive US governments.  In rushing to establish Jeffersonian democracy in various countries, the United States sometimes forgets what a long and painful process attaining democracy was at home – and forgets perhaps too the cast of characters, many of whom were deeply flawed human beings, who played an indispensable role in that evolution.  The men running for President in Libya’s first truly democratic election may not appear to be perfect candidates – but then the same could be said of any election in the history of our own country.

The decade since the Arab Spring has been a traumatic time for many people across North Africa and the Middle East, who were enervated by the heady optimism of its early days, only to see their hopes crushed in its wake.  Many now feel a sense of nostalgia for the autocratic – sometimes tyrannical – but mostly stable regimes of the past.

In Libya, after ten years of civil war, memories of Moammar Gaddafi have softened even among those who brought about his downfall.  The term Libyan Strongman no longer seems quite so pejorative to those who miss the relative security and prosperity that Libyans enjoyed under his rule.  And among the current pool of candidates, many Libyans appear to identify someone who can heal the deep fractures in Libyan society – even if that person has a murky past.  It would be unreasonable to expect otherwise in a country emerging from a bloody civil war.

The US government is rightly determined not to place a thumb on the scale but to ensure instead that the Libyan people will be the ones to decide. Regardless of outcome, the elections will be critical to securing a stable future for this long-suffering nation. More By The Author

Disclaimer: The views and opinions expressed in this article are those of the authors and do not necessarily reflect the official policy or position of Newslooks.com