For Now, U.S. Troops Are Likely in Iraq to Stay 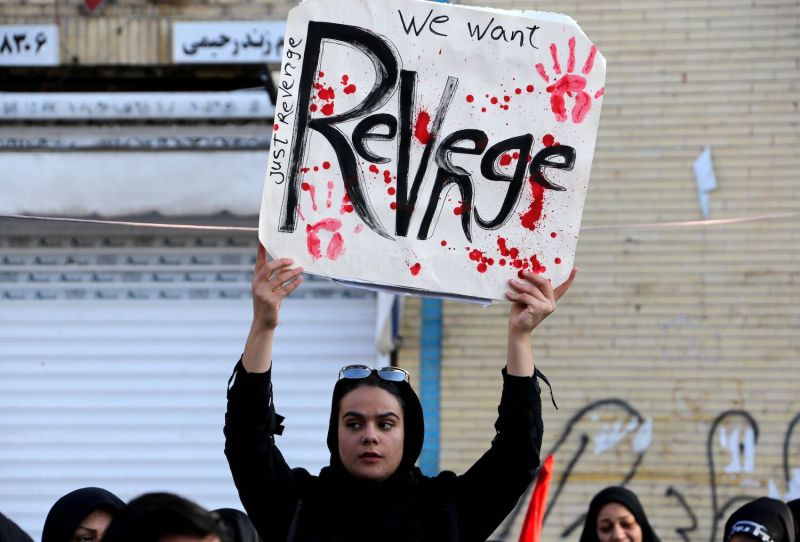 On Jan. 5, shortly after U.S. President Donald Trump authorized the targeted killing of the Iranian commander Qassem Suleimani on Iraqi soil, Iraqi Prime Minister Adil Abdul-Mahdi asked the parliament to take “urgent measures” to evict U.S. troops from his country. The next day, the parliament complied, passing a resolution to expel them, although it is nonbinding to the government. Shortly after, Iran launched 20 missiles at two military bases in Iraq that house U.S. troops. The move, meant to avenge Suleimani, makes the issue of the U.S. military presence in Iraq even more contentious in Baghdad.

As tensions intensified earlier in the week, Abdul-Mahdi felt that he had no choice but to call for urgent action. But privately, the prime minister likely wants the United States to stay, at least until a modicum of normalcy and stability in Iraq is achieved. He understands full well that, without U.S. involvement, the Islamic State has a good chance of coming back and Iran will be all the freer to exert control over his country. Trending Articles

Based on discussions with Iraqis both in Washington and inside the country, most Iraqis desire neither outcome. Despite their concerns about a continued U.S. military presence, many Iraqis we’ve spoken to see the United States as a benign balancing force against Iran’s nefarious influence. For that reason, it’s not unreasonable to assume that while the conversation among Iraqis about the U.S. troops will surely continue, the Iraqi government will take no definitive action anytime soon.

But assume for a moment that Iranian-allied forces are able to generate strong enough momentum in Baghdad that the expulsion of U.S. troops proceeds. As unlikely as such a scenario might be, it is worth planning for this contingency.

If Baghdad does push out U.S. forces, it will be throwing away a legacy of heavy sacrifice and historic achievements by both Americans and Iraqis.

If Baghdad does push out U.S. forces, it will be throwing away a legacy of heavy sacrifice and historic achievements by both Americans and Iraqis.

Most recently, the two militaries fought side by side to destroy the Islamic State’s caliphate in Iraq. Together, they liberated numerous cities and rescued hundreds of thousands of people living under the militant group’s barbaric reign. Those are accomplishments worth being proud of and must not be forgotten.

Alone, the Iraqi military is not ready to stop the Islamic State from reemerging. And as the New York Times reported last August, the insurgent group is already “gathering new strength, conducting guerrilla attacks across Iraq and Syria, retooling its financial networks and targeting new recruits.”

Without U.S. support, moreover, Iraqi politicians will not be able to prevent Iran from dominating Baghdad and subjugating Iraq’s Sunni and Kurdish populations. It is likely that at least some Iraqi legislators were strong-armed into voting to push the U.S. soldiers out of the country by pro-Iran members of the Iraqi Popular Mobilization Forces, which were under Suleimani’s control.

If the United States withdraws, it would lose as well—and big. Its influence in the Middle East would wane, and its leadership and credibility as a partner of choice around the world would be weakened. The problems that are left behind would only grow and, at some point, would require the next generation of Americans to go back and fight the fight that the current generation should have finished.

The United States has no interest in having a large military presence in Iraq forever. But it does have every interest in a more stable and secure country. And for the time being, that isn’t something the Iraqi military can provide on its own, although it is getting closer: The U.S. troop presence in the country has gone from 150,000 in 2008 to just over 5,000 today, which shows significant progress.

Certainly, the United States won’t be able to help the Iraqis build a strong military remotely, as efforts would necessarily be limited to transferring yet more trucks and weapons to the country. Instead, for Iraq to have an effective military, it needs help building defense institutional capacity.

As recent defense modernization plans suggest, the Iraqi military wants to become self-sufficient and capable of both defending its country and participating in coalition operations. But without the institutional infrastructure that glues the basic elements of defense together, such goals will be difficult to attain. After all, without coherence among Iraq’s national security institutions, Baghdad is largely unable to develop true national defense strategies and policies, build joint capabilities and doctrine, and address human resource management issues. In turn, it is unable to effectively staff and operate the vast amount of defense systems the United States sells it.

Hours after the strike, both Washington and Tehran showed signs they wanted to de-escalate. REPORT  | LARA SELIGMAN, ROBBIE GRAMER

There Is Nothing Left for Americans to Do in Iraq

Qassem Suleimani and Tehran have won the battle for Baghdad. U.S. policymakers should understand that—and leave.VOICE  | STEVEN A. COOK

Defense institution-building won’t be easy—especially because defense reform depends on political reform—but it is still worth pursuing.

Defense institution-building won’t be easy—especially because defense reform depends on political reform—but it is still worth pursuing.

Defense institution-building won’t be easy—especially because defense reform depends on political reform—but it is still worth pursuing, because it serves both U.S. and Iraqi national security interests. To the extent that the U.S. military is allowed to stay in Iraq, there are a couple of things it can do to push this agenda forward.

First, American officials should elevate the issue of defense institution-building in high-level meetings with Iraqi leaders and others in the region. By showing that the United States takes the issue seriously, it sends a message to the Iraqis about its importance.

Second, the United States must make sure that its programs focused on defense institution-building—including the Ministry of Defense Advisors and Defense Institute of International Legal Studies—have enough resources to truly help partners with that mission. They’re currently massively under-resourced and could use at least a 60 percent upgrade in funding.

Third, the United States needs to focus more on joint planning with regional partners by integrating institution-building into this process. This means that the next time U.S. officials run a joint military commission meeting with those partners, don’t treat the issue of institutional capacity as an afterthought.

Fourth, the United States can embed more of its military personnel in its partners’ defense ministries to advise on all matters of national security. Such programs exist—for example, the Ministry of Defense Advisors. But neither the United States nor its partners have taken full advantage of them. They may be politically problematic in Iraq at the moment, but they could be used in the future.

Lastly, the United States should put more emphasis on educating partner militaries about the value of defense institution-building. This is something former Central Command Commander Joseph Votel recently highlighted when he argued for tripling the amount of money the United States spends on International Military Education and Training programs, which provide training and education grants to students from partner nations.

But the United States can’t effectively pursue any of its comprehensive defense institution-building programs without being physically in the country, where it can actively mentor, advise, and train.

After the Iranian strikes on the U.S. troops in Iraq, and as Tehran contemplates further options for retaliation, Washington should be mindful of Tehran’s ultimate goal: to drive the United States out of Iraq. The U.S. mission in Iraq is not finished, and both countries risk losing everything if the United States goes. They owe it to those who have died in the fight to secure Iraq and build a more sustainable security partnership.

Bilal Y. Saab is Senior fellow and director of the Defense and Security Program at the Middle East Institute.

Michael P. Mulroy is a Senior Fellow for National Security and Defense Policy at the Middle East Institute and co-founder of the Lobo Institute. He was formerly U.S. deputy assistant secretary of defense for the Middle East.