DOD Official: Ending US Support for Yemen Fight Would Worsen the Crisis

By loboinstitute_yowwy3 June 21, 2019 Print
No Comments 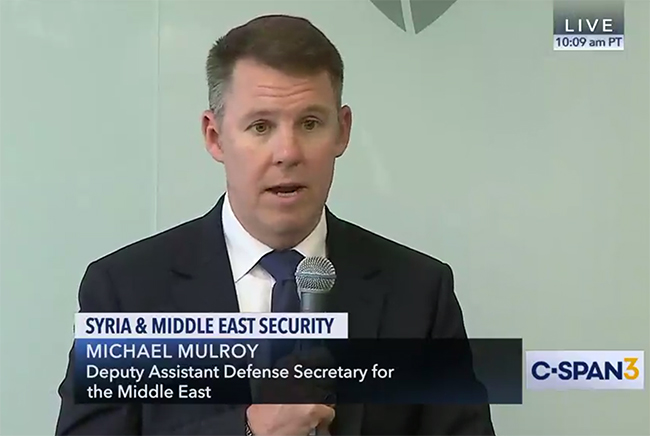 As published in Air Force Magazine:

​Efforts by some on Capitol Hill to pull US support for the Saudi-led coalition fighting Houthi rebels in Yemen would backfire and further harm civilians, a top Pentagon official said Monday.

Earlier this month, President Donald Trump vetoed the War Powers Resolution, a Congressional measure that would have ended US involvement in the conflict.

The Saudi-led fight has caused large-scale civilian casualties that supporters of the measure have called a humanitarian disaster.

The Senate could take up the measure in the near future, though neither the Senate nor the House is expected to have the votes to override. Michael Mulroy, the deputy assistant defense secretary for the Middle East, said Monday at a Center for a New American Security event in Washington, D.C., that the US support is now limited to “side-by-side coaching to help mitigate civilian casualties.”

The US doesn’t refuel aircraft anymore, he said, adding, “We don’t think we are in combat.”

If a measure such as the War Powers Resolution passes, the US involvement in trying to limit casualties would end.

“If that happens, that’s obviously not helping the situation,” he said.