By loboinstitute_yowwy3 June 28, 2019 Print
No Comments 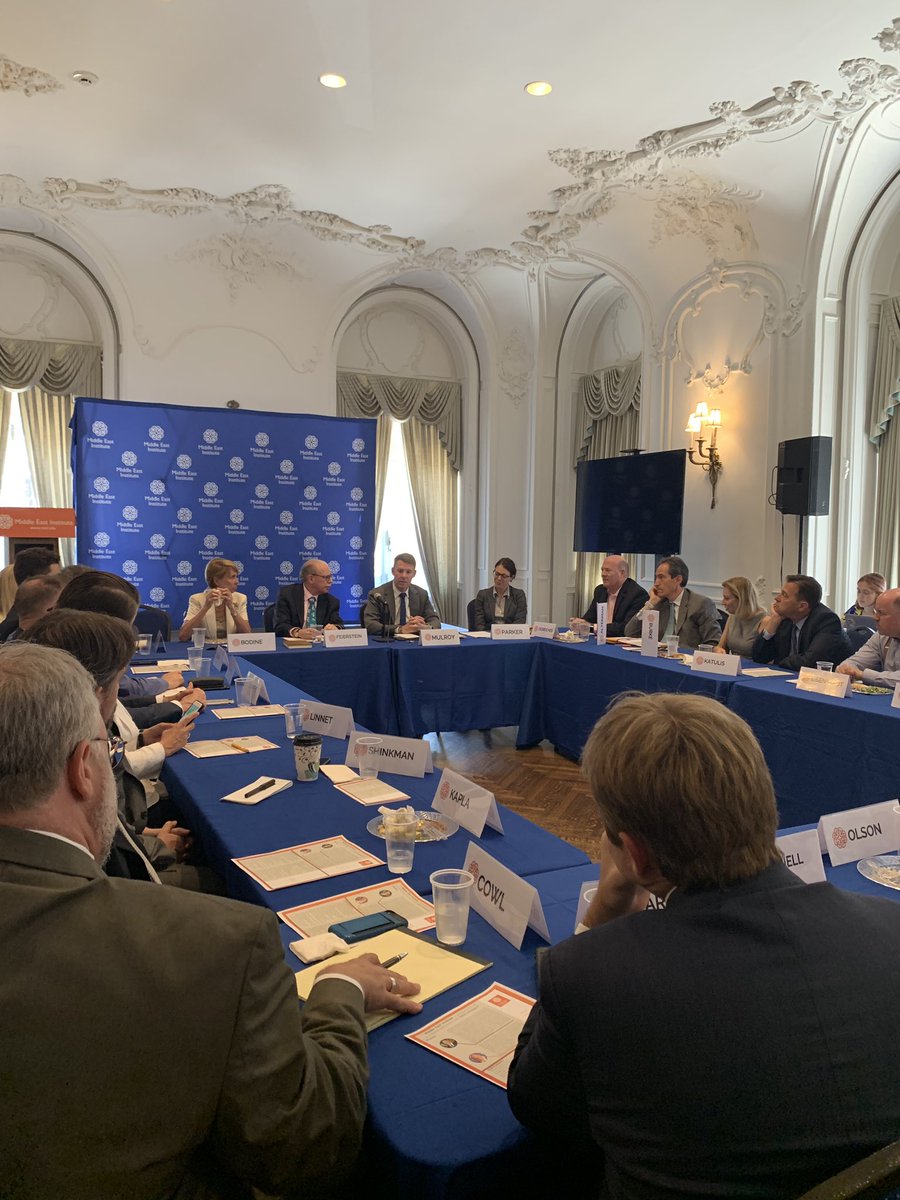 As published on Defense.gov:

Developing partnerships is at the core of American strategy, the deputy assistant defense secretary for the Middle East said.

Michael P. Mulroy spoke at the Middle East Institute in Washington today and said American service members will continue to work with allies and partners throughout the region to foster stability and create capabilities for the nations.

The National Defense Strategy also directs leaders to find ways to conduct missions in a more sustainable and efficient manner, he said. “In the Middle East, we recognize the heavy U.S. troop presence in the region since 9/11 is difficult to maintain and, at times, hard to justify,” he said. “Building partner capacity is a key way of staying engaged and investing in long-term stability, while reducing our footprint.”

Building capacity has been a common theme across U.S. presidential administrations, and it wasn’t limited to the Middle East. For example, American service members worked with nations of Europe in the Partnership for Peace effort, and previously worked with Colombian military allies to build capabilities in that country. The partnership effort continued in the Philippines, Thailand, in Africa, the Caribbean and Central America.

And it has become a pillar of the peace process in the Middle East.

Mulroy discussed the building capacity efforts in Iraq, Syria and Jordan. “These efforts are crucial to regional stability and to securing U.S. interests in the region,” he said. The priority now is to ensure U.S. and coalition investments in the [defeat]-ISIS fight outlive the warfighting of the last five years.”Michael P. Mulroy, deputy assistant defense secretary for the Middle East

In Iraq, the security partnership with the United States is the foundation of a stable region and all members know it, Mulroy said. “When I was last in Iraq in March, every member of the government underscored the importance of its security partnership with the United States and the broader coalition,” he said. “Iraq’s prime minister, president and speaker emphasized the importance of maintaining the coalition’s presence in Iraq to prevent an ISIS resurgence. The 5,200 U.S. forces operating in Iraq are present at the express invitation of the government of Iraq and anchored in the Strategic Framework Agreement signed by our two countries more than 10 years ago.”

The American/coalition effort is needed to ensure ISIS doesn’t return. “Five years ago, ISIS controlled approximately 55,000 square kilometers and more than 4 million people in Iraq lived under their oppressive rule,” Mulroy said. “Now they do not.”

The Combined Joint Task Force-Operation Inherent Resolve, which includes the U.S. and 15 other nations, continues to help train and equip 28 Iraqi brigades comprising thousands of soldiers.

“The priority now is to ensure U.S. and coalition investments in the [defeat]-ISIS fight outlive the warfighting of the last five years,” he said. “We will continue to empower Iraq’s security forces to protect the nation’s sovereignty and prevent and ISIS resurgence.”

The premise behind the effort is to help Iraqis secure Iraq. “The more capable Iraq’s security institutions, the more resilient Iraq will be in the face of malign foreign actors bent on coercion and exploitation,” he said.

Across the border in Syria is another example of building capacity. “Our partnership with the [Syrian Democratic Forces] is a unique and powerful example of the success of our ‘by-with-through’ approach to counterterrorism,” he said. “Partnering with the SDF enabled the defeat of the ISIS so-called caliphate with limited U.S. and coalition resources.”

The U.S. military, with coalition support, has partnered with, trained, equipped and enabled the SDF. It grew from a force of a few hundred in 2015 to a “thousands-strong multiethnic force of Syrians that includes Arabs, Kurds, Syriac and other ethnic groups,” he said. “SDF forces have been fighting to take back their homeland from ISIS, and they remain committed despite suffering thousands of casualties.”

The SDF need to rebuild their country and deal with the humanitarian crisis. “We must support local partners to stabilize the areas that have been liberated from ISIS’s control,” he said.

Jordan is a crucial U.S. ally in the Middle East and globally. The Jordanian military is a highly professional force, and King Abdullah works with nations in the region to counter radical ideology.

The United States has a long history of working with Jordan’s military and  U.S. security assistance spans training, joint exercises, institution building activities and U.S. equipment. “Since the 1950s, the U.S. has given over $15 billion to the government of Jordan, though most of this has been in the shape of economic assistance,” Mulroy said. “We continually work with Jordanian military leadership on identifying its needs, capabilities and gaps to apply security assistance towards mutual threats.”

The Syrian war has strained the Jordanian economy, he said. “With the closure of trade with Syria, Jordan lost a vital trade route to Europe while simultaneously absorbing hundreds of thousands of refugees,” Mulroy said.

The U.S. government is working closely with Jordan to ensure the country can weather this storm.

Relationships are much more than a talking point in a speech, Mulroy said. “They represent the will and resolve of the international community to defend those that cannot defend themselves and provide lasting security that benefit all,” he said. “As the National Defense Strategy calls for an economy-of-force posture in the region, these efforts will become all the more important.”