Analysis: How the US can combat the soldiering of children 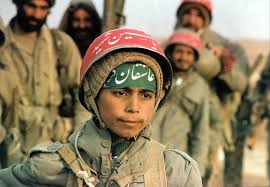 As published by ABC News
By MICK MULROY and ERIC OEHLERICH, ABC News, and SASHA LEZHNEV

(NEW YORK) — Stopping the use of child soldiers must be prioritized by the international community.  Children are among the most vulnerable groups in society while warfare is the most dangerous of all human endeavors.

The use of child soldiers is growing. As military-grade weapons get lighter and more lethal, children can often do as much damage as adults. Children are also cheaper to feed and keep healthy and more likely to do or believe what adults tell them without question.

The United Nations, the U.S. Congress, and others have passed many protocols and laws to stop the use of children as soldiers. More can be done than passing pass laws and giving speeches, and it is imperative to hold those accountable who use or profit from the use of child soldiers is an international responsibility — whether enemies, allies or simply unscrupulous individuals.

On a global scale, accurately assessing the actual number of children being exploited for combat is difficult. From the Democratic Republic of Congo to the Philippines, children are exploited by internationally recognized states, rebels, and terrorist groups. None of these states or organizations want this practice highlighted–they do not self-report data on the issue.

According to the information available, trends are troubling. The United Nations reports that in Yemen, seventy percent of the child soldiers in Yemen exploited between 2015 and 2016 were a result of Saudi Arabia paying Sudan and Libya for “soldiering services.” Many of those from Sudan and Libya were under the age of 18. The remaining thirty percent of child combatants were Yemeni children filling the ranks of Al-Qaeda in the Arabian Peninsula (AQAP) and ISIS-Yemen (ISIS-Y).

In 2017, an estimated 100,000 children were exploited in at least eighteen armed conflicts worldwide, including 40,000 girls being used as soldiers and, disturbingly, as “soldiers with benefits.”  In 2019, the UN found that the number of child soldiers in the Middle East and Africa had doubled within that year.

ISIS also used children as part of its terror operations. After ISIS took control of the swaths of Iraq and Syria in June 2014, the militant group focused considerable effort on developing the next generation of violent extremists. With nearly 700,000 children out of school in areas under its control, ISIS had easy access. Building on a “Cubs of the Caliphate” program, ISIS had children indoctrinated through Shariah classes, followed by training in basic weapons and soldiering. The children then served on the battlefield alongside adult ISIS soldiers as human shields. Others deployed as suicide bombers. For example, in 2016, a 12-year-old ISIS member was martyred as a suicide bomber, killing 53 people at a wedding in Turkey.

The culprit in all of this is enduring conflict. Even low levels of violence over a prolonged period of time create a demand to fill the ranks. Over time, that demand falls on the shoulders of children. The use of child soldiers happens in locations where the world’s superpowers, including the United States, have deployed their military forces. It is in plain sight. Those superpowers, therefore, have a moral responsibility to help end this practice of child exploitation.

There are numerous UN protocols and U.S. laws that prohibit the use of child soldiers, but they are poorly enforced. For example, the UN’s Optional Protocol to the Convention on the Rights of the Child on the Involvement of Children in Armed Conflict (OPAC) forbids non-state armed groups from recruiting anyone under the age of 18 for any purpose. As of September 2020, 170 states are party to the protocol, 10 states have signed but not ratified it, and 17 states have not signed the treaty.

One of the human rights initiatives of President Biden’s administration should be to get all the remaining countries to join it and to hold those that have violated their obligations to account. The United States needs to hold both our adversaries and allies to the same standard. Holding the OPAC signatories to account will have a profound impact on tens of thousands of children.

The Child Soldiers Prevention Act (CSPA), signed into law by President George W. Bush on December 23, 2008, criminalizes leading a military force that recruits any person under 18 years of age who directly participates in combat as a member of a state’s armed forces. This law bans the United States from providing military assistance or arms sales to governments that use children in combat. Still, the president may waive the law’s application for specific countries if it is deemed to be in our national interest.

There have been far too many waivers of this law, even to US partners. There should be no future waivers. At the very least, the US must require action from its allies still using child soldiers. Any future waiver should include a requirement for the country receiving the waiver to have a plan and timeline to discontinue the use of children as soldiers.

The incoming Biden administration can have a game-changing impact on this issue by targeting actions against the individuals most responsible for child soldier recruitment and, importantly, those who profit from it.

Child soldiers continue to be recruited because it is profitable for militia commanders who want cheap labor and malleable minds, minerals smugglers who partner with militias and who want small hands to dig in mines, and corrupt officials who sponsor the militias and who outsource attacks to children so their regular soldiers do not die.

These individuals need to have their cost-benefit calculations altered. Otherwise, they will continue the child soldier supply chain, because it is in their best interest under current conditions.

Additionally, the US apply pressure on non-state and terrorist organizations. Those entities always have a state backer, and the United States can go after states backing these actors to make forced child combat labor less appealing.

Further, the Biden administration should vigorously use the Global Magnitsky Act to sanction corrupt officials, companies, and commanders involved in supporting armed groups that recruit child soldiers. Importantly, they should target the officials and corporate support structures to the militias, rather than just the militia leaders themselves who rarely travel or have bank accounts abroad.

This effort can and should be a multilateral effort. In December, the European Union passed the Action Plan on Human Rights and Democracy, colloquially known as Europe’s Global Magnitsky Act, allowing the EU to sanction human rights abusers globally.

USAID and other aid groups should learn from the lessons of programs to help former child soldiers. Projects to sustainably reintegrate ex-child soldiers back into their communities, such as small business development that helps both ex-combatants and communities, must be prioritized over short-term insertion packages. While often neglected, trauma counseling should be prioritized in programming, including long-term support since the intense psychological scars that child soldiers endure do not disappear quickly.

2020 has been a year of turbulence and societies across the globe have been increasingly stressed. Yet, countries have weathered the Coronavirus pandemic, economic recession, long-duration conflicts, and political posturing of unprecedented scale. The US must now continue to address issues both domestically and abroad, and that includes the critical issue of child soldiering — which can be positively impacted in the near term with the right political steps.

Michael “Mick” Patrick Mulroy is a former Deputy Assistant Secretary of Defense for the Middle East, a retired Paramilitary Operations Officer in the CIA’s Special Activities Center, and a retired U.S. Marine. He is the co-director of the Yemen Steering Initiative and a Senior Fellow for National Security and Defense Policy with the Middle East Institute, an Analyst for ABC News, on the board of directors for Grassroots Reconciliation Group, End Child Soldiering Co-Founder, and the Lobo Institute’s Co-founder, which address the issue of child soldiering Grassroots Reconciliation Group, End Child Soldiering’s Co-founder, and the Lobo Institute’s Co-founder.

Eric Oehlerich is a retired U.S. Navy Commander (SEAL) from the Naval Special Warfare component of the USSOCOM’s Joint Special Operations Command. He is a Senior Fellow for Technology and National Security with the Middle East Institute, an Analyst for ABC News, on the board of directors for Grassroots Reconciliation Group, End Child Soldiering Co-founder, and the Lobo Institute’s Co-founder.

Sasha Lezhnev is Deputy Director of Policy at The Sentry and Founding Director of the Grassroots Reconciliation Group. He is a founding member of the Public-Private Alliance on Responsible Minerals Trade, and he previously worked at Global Witness, the International Crisis Group, the Northern Uganda Peace Initiative. He is the author of the book Crafting Peace: Strategies to Deal with Warlords in Collapsing States.